We spent our last day in Rome learning about the first days of Rome: exploring the extensive ruins of Imperial (and Republican) Rome.

Some of these ruins are mere piles of rock. Others are fully intact structures that look maybe a few hundred years old, not their true age of 2,000+ years. 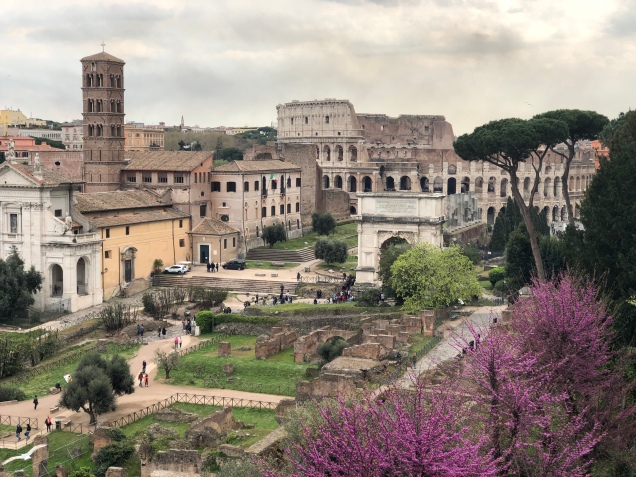 Here lies Julius Caesar; well, not really, but here was where his body was supposedly cremated, on the site of which a temple was later built (after he was declared a god).

It’s not April yet, but today’s showers did bring flowers. 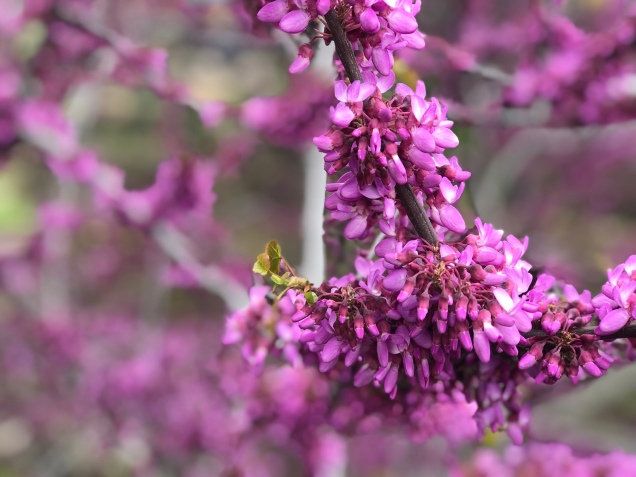 I could share some historical context around some of what we saw, but there’s really no way to condense our three-hour guided tour into a few sentences in a blog. If the history interests you, I’m sure you’ve been here, will come here or should come here. 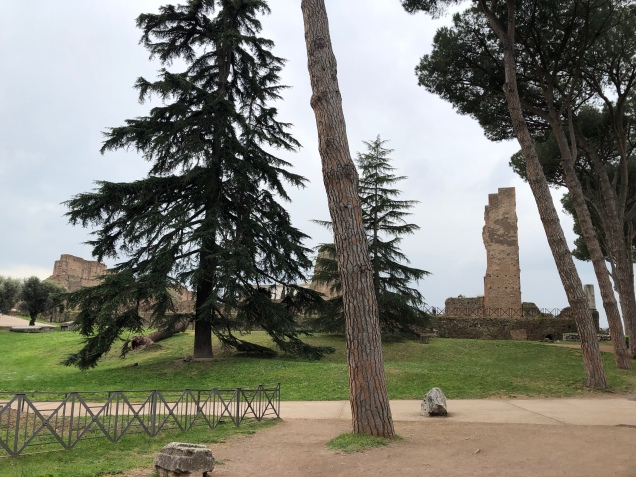 And of course, what’s a visit to Rome without a visit to the iconic Colosseum? 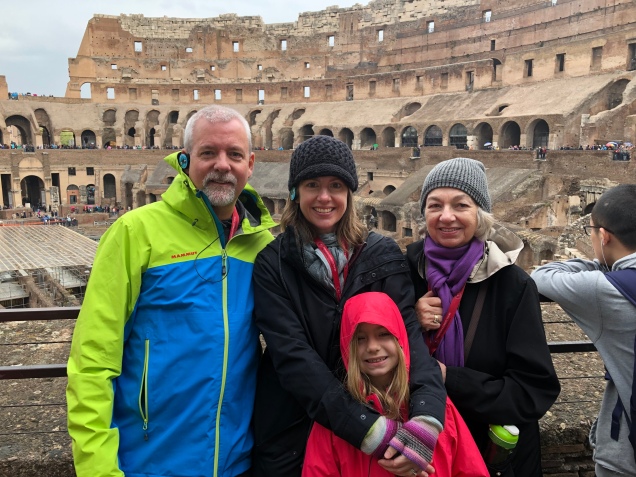 It’s time to say arrivederci to Rome, to Italy and, saddest of all (for Molly), to gelato. 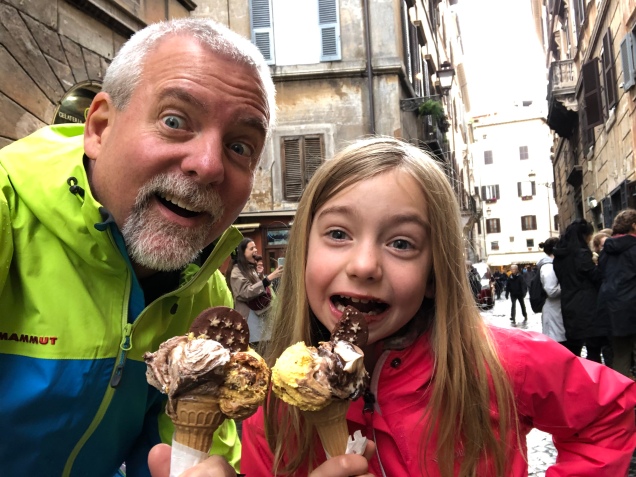 4 thoughts on “Ending With a Beginning”